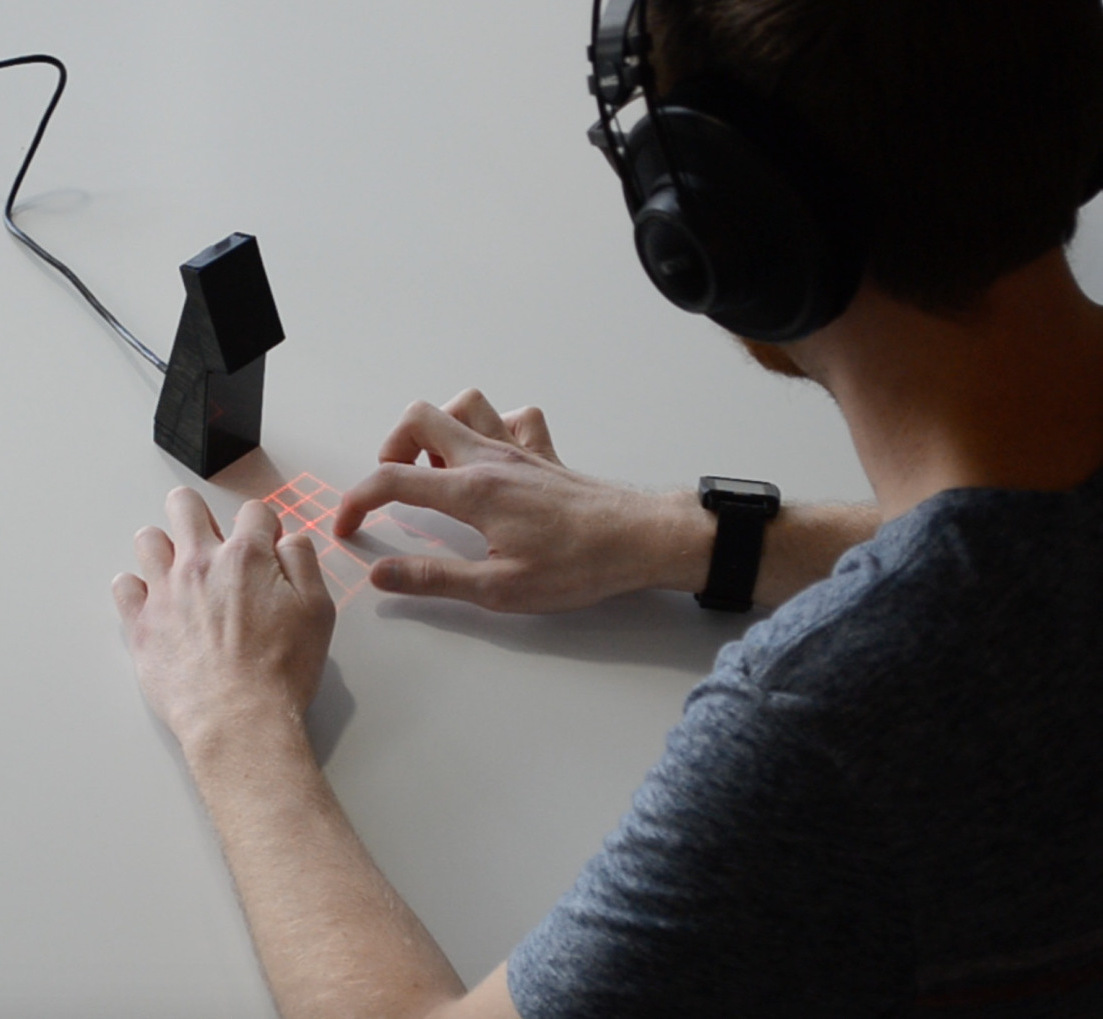 Birch is a small device created at ToneTree that can turn any surface into a touch-based musical instrument. Inside Birch you will find a high-speed infrared camera and an infrared laser used for finger detection. Birch also projects a visible interface so the user can identify trigger areas. Birch connects to a computer over USB and is fully MIDI compliant. Birch allows for three-dimensional control over sound, including velocity and gesture recognition for effects like vibrato. Early prototypes of Birch even let the user draw their own instrument.

As CEO of ToneTree, I handled all administrative aspects of Oak development, including project management, part sourcing, financials, product vision, user/tester relations and investor relations.  I was also deeply involved in the hardware and optic design and implementation. Birch eventually was ported to mobile and evolved into Oak.

More about ToneTree:
ToneTree was founded in 2014 by myself,  Ronald Sardarian and Max Escaler. At the time, we were roommates at Rensselaer Polytechnic Institute. We have since participated in the first cohort of the Intel Accelerator, won numerous awards like the San Francisco Music Tech Summit Startup Competition and the John W. Henry Family Foundation Award for Social Impact and have worked with companies like Google and influencers like Apl.de.Ap from the Black Eyed Peas.