Mappings is an interactive wall-drawing that blurs the line between instrument and composition. Like a video game with only sound, Mappings uses over fifty original field recordings to explore memory, place, transience and space. As the map on the wall gets smudged by users, the sound warps and deteriorates, like a fading memory. Guests are encouraged to touch the wall, follow the path provided or create their own. 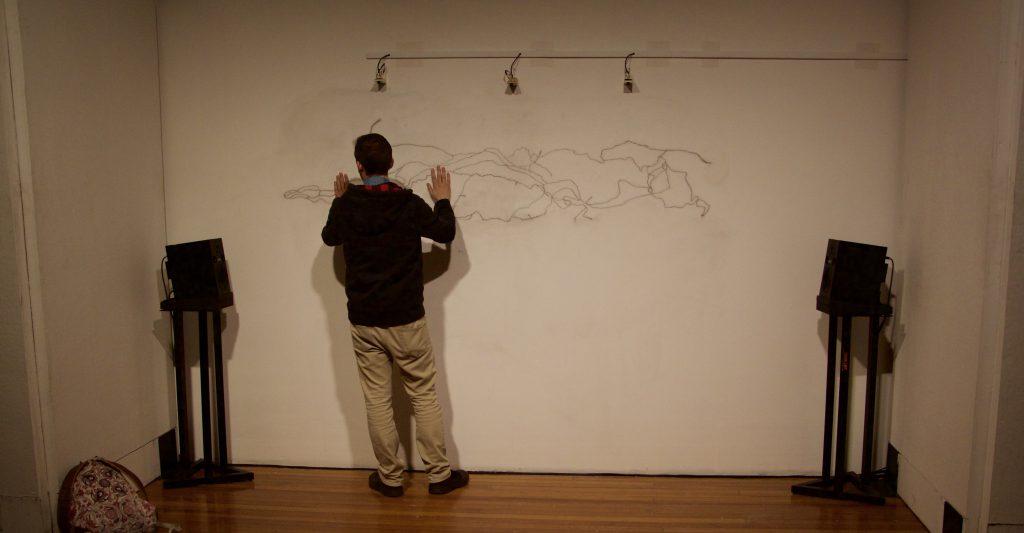 Mappings was part of my MFA Thesis research at Rensselaer Polytechnic Institute. Mappings was presented in the West Hall Gallery at RPI in April 2015. You can read more about the project and the theory behind it here.