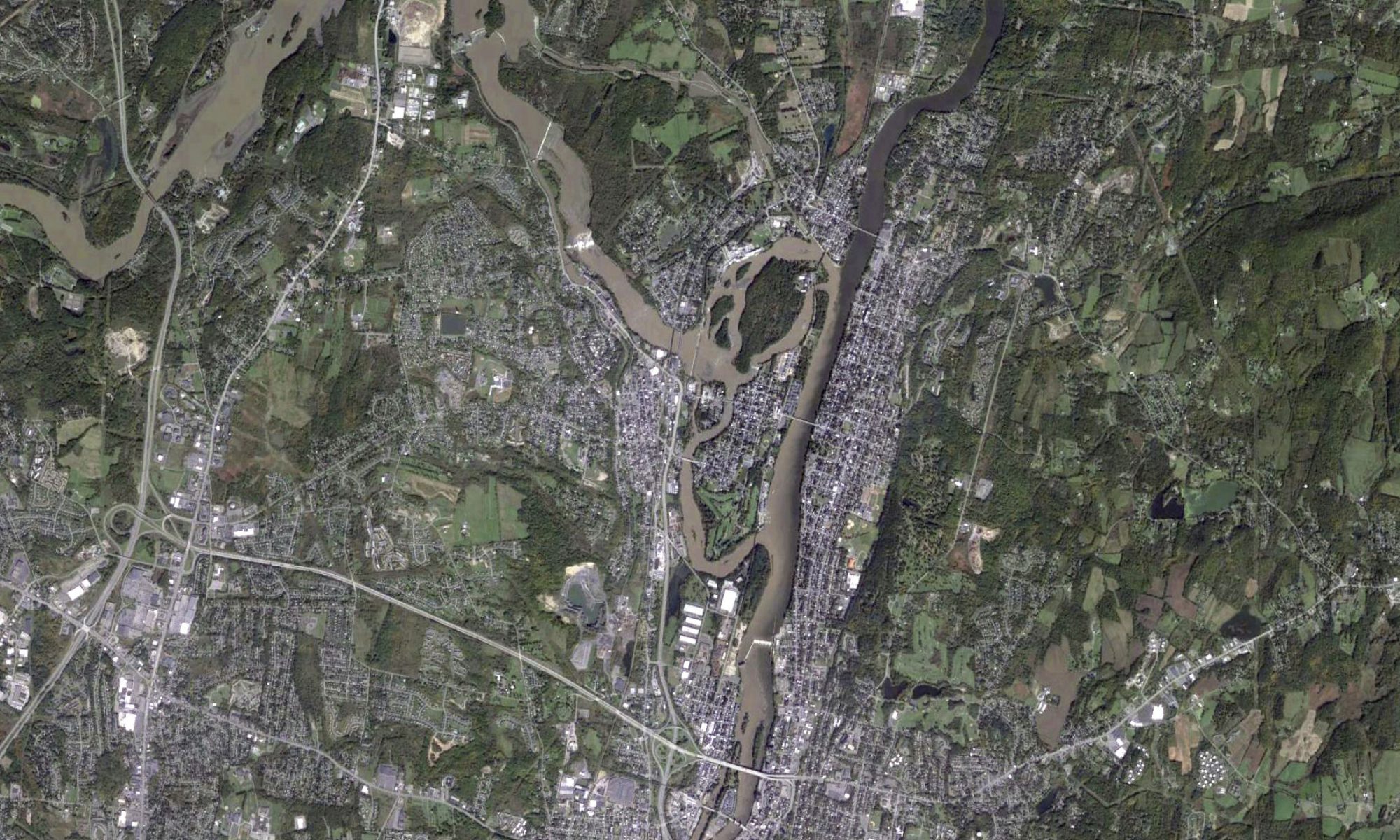 The Tethyian Harp pulls live USGS and OpenWeatherMap data from the confluence of the Mohawk and Hudson River and interprets it through an original physically modeled string synthesizer. Listening to the Tethyian Harp provides insight about live river conditions and highlights abnormal circumstances brought about by human intervention (power plants, dams, and locks).

The Tethyian Harp was streamed live from EMPAC for much of 2014. The research and findings from the Tethyian Harp were presented at the International Community for Auditory Display 2014 Conference.  The project was inspired by the Aeolian harp (a stringed instrument played by the wind) and is named after Tethys, the mythological mother of rivers, springs, and clouds. The Tethyian Harp was made in collaboration with J. Parkman Carter who provided the concept, context, and artistic direction.

Part 1 – A mild Autumn day. Flow-rate and gage-hight typical of an average day with light rain.

Part 2 – A cool mid-autumn morning. Ongoing rain makes the Hudson flow rapidly with a high water level. The Hudson’s water becomes murky with the precipitation. The flow rate and hight of the Mohawk are not as dramatically affected. The tide in the Hudson Estuary is relatively high.

Part 3 – A cool Spring night. The Hudson River is flowing relatively fast, while the Mohawk is flowing at a rate lower than average. Such is often the case when there is a northern storm that misses the Mohawk watershed, or when a hydraulic power plant on the Mohawk regulates water flow. The tide in the Hudson Estuary is low.

Part 4 – A cold Winter’s night. Both the Hudson and Mohawk Rivers flow slowly due to ice. The Hudson’s flowing water is clear, while the Mohawk River is saturated with mud and deep ice.

Part 5 – A warm Summer’s day with moderate rain. Both the Hudson and Mohawk flowing generously due to the precipitation. Erosion from the storm makes each river’s water moderately muddy.

More about the Mohawk/Hudson Confluence:

Located just north of Troy, NY, this gateway to the Erie Canal is one of the most important natural and man-made river systems in American history. The merging of the Mohawk River’s hydraulic power, the Waterford Flight of Locks (the steepest canal in the world), and the Hudson River’s tidal estuary marks the natural fortuity and industrial ingenuity that connected the Atlantic Ocean and New York City to the Great Lakes and the American Midwest.